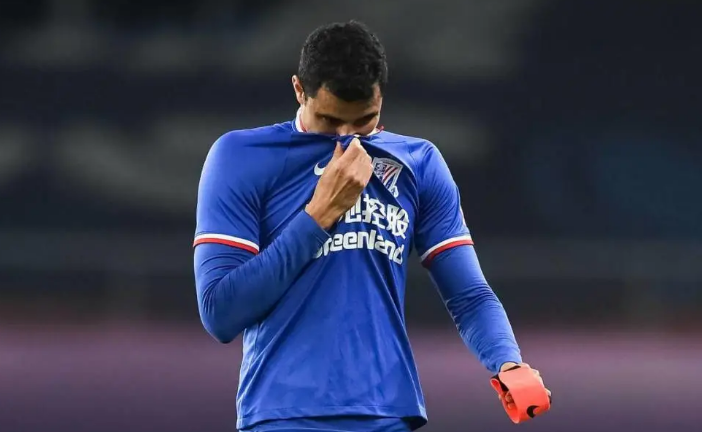 Tiger Fight, October 30, according to reporter Ding Mengjie, Shenhua captain Moreno basically missed the rest of the league due to an adductor muscle strain. Fortunately, Mbia has returned to training.

Not long after the match between Shenhua and Chongqing Dangdai started, Moreno was replaced by a strain in a fight. According to the examination results on the second day after the game, his injury was an adductor muscle strain. Although Moreno's injury is not serious, but the AFC Champions League group match will start in mid-November, so he is basically determined to miss the remaining three games of the Super League. Zhao Mingjian and Feng Xiaoting are also absent from training due to strain. Another foreign aid Jin Xinyu, who arrived in the Suzhou Division earlier to join the team, is still undergoing rehabilitation training and has not yet joined the joint training.

As Moreno, Zhao Mingjian, Feng Xiaoting and Jin Xinyu are all injured, Cao Yun will be suspended due to a red card. Coupled with Zeng Cheng and Zhu Chenjie who left the Suzhou division due to injuries before, Shenhua's second round of preparations for Chongqing Dangdai continues to suffer from staff irregularities. Fortunately, Mbia, who was absent from the last round due to muscle discomfort, has returned to the training ground and participated in the joint training throughout. Sun Shilin will also lift the ban and come back this round. The problem of the team's shortage of major generals has been slightly eased. If nothing else, both of them will return to the big list of this round of competition.