Recently, Ruby was interviewed and talked about his old club Real Betis and the Spaniard. Ruby expressed his belief that the Spaniard can return to La Liga in one season, and he also wants to continue coaching the La Liga team. 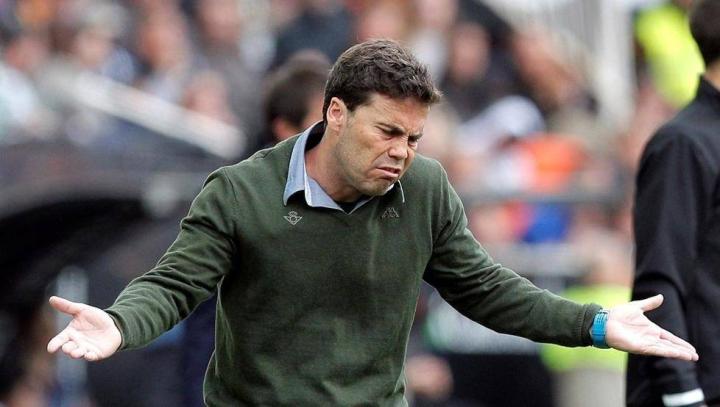 At the same time, Ruby also thinks that his coaching experience at Real Betis is a bit unlucky.

Ruby said: "We defeated Real Madrid in the last round before the suspension. We did not have the second moment of that season as happy as that moment. It was a league leader team. We were in that game. We played very well. We entered the suspension period with a joyful mood, but unfortunately everything changed after the rematch, and we can no longer have fun on the court."

"I had a bad start at Real Betis, but then I gradually got on the right track. Our luck on the away game was too bad, and we also encountered a lot of misjudgments by the referees. After we finally adjusted our form, we approached the European war. At the time, the new crown epidemic caused the suspension of La Liga. After a few months of rest and come back, everything changed... This is a season that normal people cannot understand, and the team is in certain positions. There is still room for improvement."

"I hope Real Betis can maintain the good performance of the first two rounds for a season, so that their fans will be very happy."

"The breakup between me and the Spaniard was really unpleasant, and it was not a pleasant one for both parties. Moreover, from the end of the 19/20 season, neither party had a happy ending. For the Spaniard, relegation is obviously not good. The result. For me, being fired by the team obviously won't be a good result."

"I believe that the Spaniards can get back to La Liga in one season. They have such strength. And I hope to continue coaching the La Liga team, even if I take over halfway through, I can accept it."