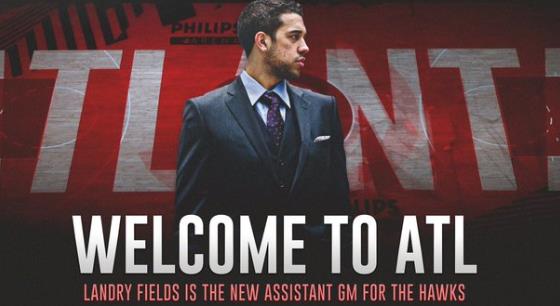 Beijing time September 24, according to US media reports, the Atlanta Hawks hired the general manager of the Spurs Development League affiliated team Landry Fields as the team's deputy general manager.

Fields played for the Knicks and Raptors in his NBA career. He averaged 6.8 points, 4.3 rebounds and 1.6 assists in 23.6 minutes per game in the regular season.

In 2016, Fields joined the Spurs as a scout and later became the general manager of the Spurs affiliated teams in the NBA Development League.

When Fields was a player, it was well known by fans or during the Knicks. He had an excellent relationship with Jeremy Lin. Jeremy Lin used to borrow his sofa before he became famous. After Lin was crazy, this story was talked about by many fans.