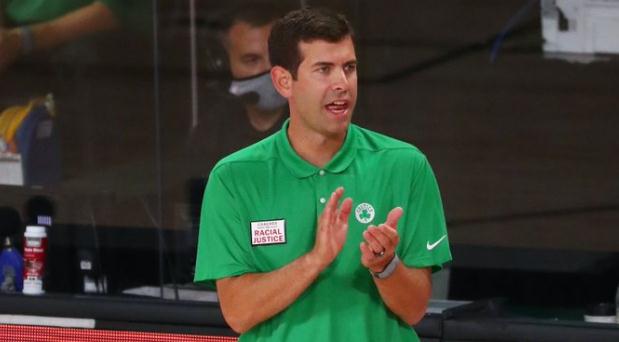 Tiger Fight, September 28th, the Celtics lost to the Heat 113-125 today. The series lost 2-4 to their opponents, ending all games this season. Celtics coach Brad Shi Stevens talked about the team's performance in an interview.

Stevens replied: Today, after we were ahead, Adebayor decided to attack, and the shooters around him, which put us in a difficult position. I'm not sure if we have said enough, but the opponent's physical confrontation ability is very good, they are very tough, especially in the fourth quarter. Even if Adebayor didn't score, he still has a lot of influence, which puts our defense in a real dilemma. Our best defense today, and perhaps the only good defense, is when Grant (Williams) changes defense. But this didn't work anymore at the end of the game. The opponents deserve praise. They are strong, very tough, very, very good. I think they are the best team in the East, and their play should represent the East in the finals.

Stevens: I think the regret is the final result. But what I regret is not what we invested in, nor how we prepared the game. I don’t regret how hard our players work and how much energy they put in to unite. When you look back at the first few games, you will find that it was us who got ourselves into trouble. We have a chance, but we didn't make good use of it, but the opponents were also there. They made good use of every advantage. This is commendable. Once again, the opponents are really strong, tough, their vitality and those shrewd veterans, etc., all played well.

Stevens: I think we have done a lot of things, and the players are also full of confrontation. This is their honor. The opponents did their best and they were great too. No matter what the reason, if you look at these close matches, you will find that we really have a lot of opportunities, we just can't solve the problem at the critical moment.

Stevens: Yes, I said the same just now, and I found these too. But the opponents are really full of physical confrontation. They are tough and outstanding. They have played some beautiful rounds. This is to praise them.

Stevens: They were great, and we didn't play well at the end of the game. I think they deserve a lot of praise, because they are a super team, with super coaches, they are a difficult team to deal with.

Stevens: This is an experience, an experience that can be added to the team. We will rely on a few people from the team for a long time, and we also have many such players. This is our advantage, but now I am not ready to review and talk about what we have gained from this experience. I will discuss this with you in a month.