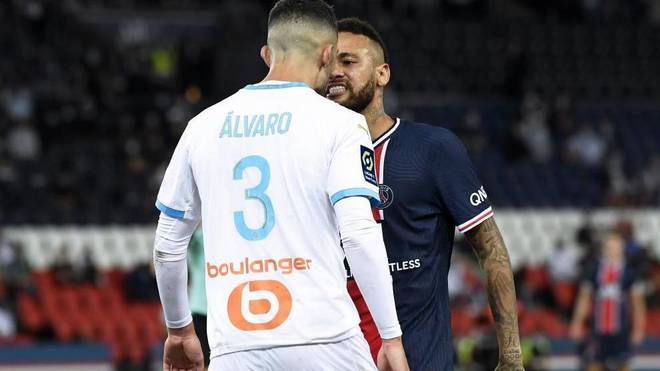 Hupu News, October 4 Earlier, Neymar and Marseille defender Alvaro had a conflict in the French national derby. Alvaro was accused of "racial discrimination" against Neymar, while Neymar was accused of "homophobia." However, after investigation, Ligue 1 officials decided that neither player would be punished. A few days ago, Alvaro said in an interview that he felt a little scared because he had received more than two hundred threatening text messages.

"One day I also received news that they were going to the shop where my parents worked and killed them. I was very scared. This situation had never happened to me before. For them, they aimed their attention. People around me, then the situation becomes very complicated."

"The day after the incident, my parents stayed with me because we were all scared and we wanted to stay together. It was too difficult for us. Now my parents are with me every day. , We are all sad."